So this here blog o' mine was nominated for one of the Glance Fashion Awards for "Best Indy Male Fashion Blog"- THANK YOU! They were originally due to be held last weekend but due to a vastly amusing array of technical errors the original ceremony/televising was put off till this weekend. (Amusing to the partygoers anyways, probably more of a nightmare to the Glance staff - love your work.) In Cold Blood was up against some frighteningly talented guys such as Carthalis, Bronson, Ryan and James, Till and Laika of The SLipsters who quite deservedly won. This vampire was quite happy to just go along for the ride and the people watching... and by that I mean totally Blackwelling everyone in IM with Irving Daschund of SN@TCH. But it's anathema to a guy with my inventory size to be seen in public wearing the same thing twice, so I had to mix it up for the second week. First week's personal red carpet manifesto was "Dark Elegance." 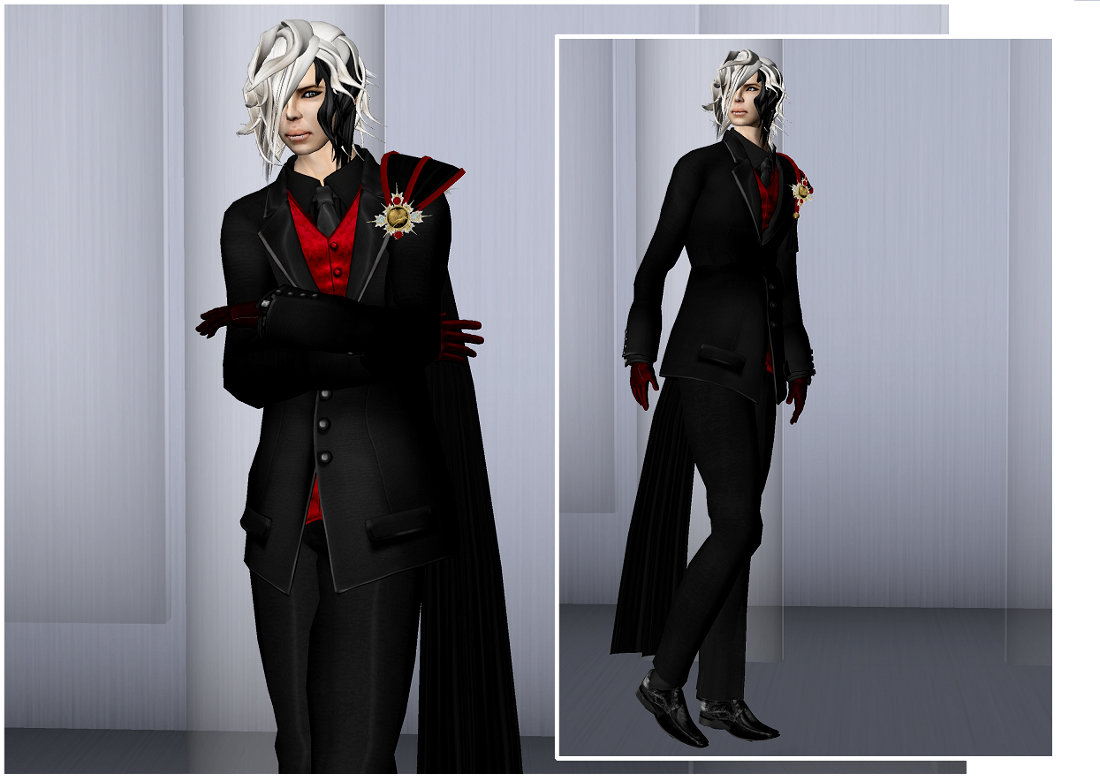 Here I'm wearing the Couture Tuxedo from LaPointe and Bastchild with the Brent skin from CheerNo and Reject hair from rQ. I'm also having a hard time trying to NOT wear the Connor Prim Gloves from Miamai every single day, and to add some interest I bought the Duke Orellana Silk Cape from Los Texanos Beaux Arts and modded it up a bit to my taste.


For the second week? I just thought WHAT THE HELL and totally went Winter Jefferson. 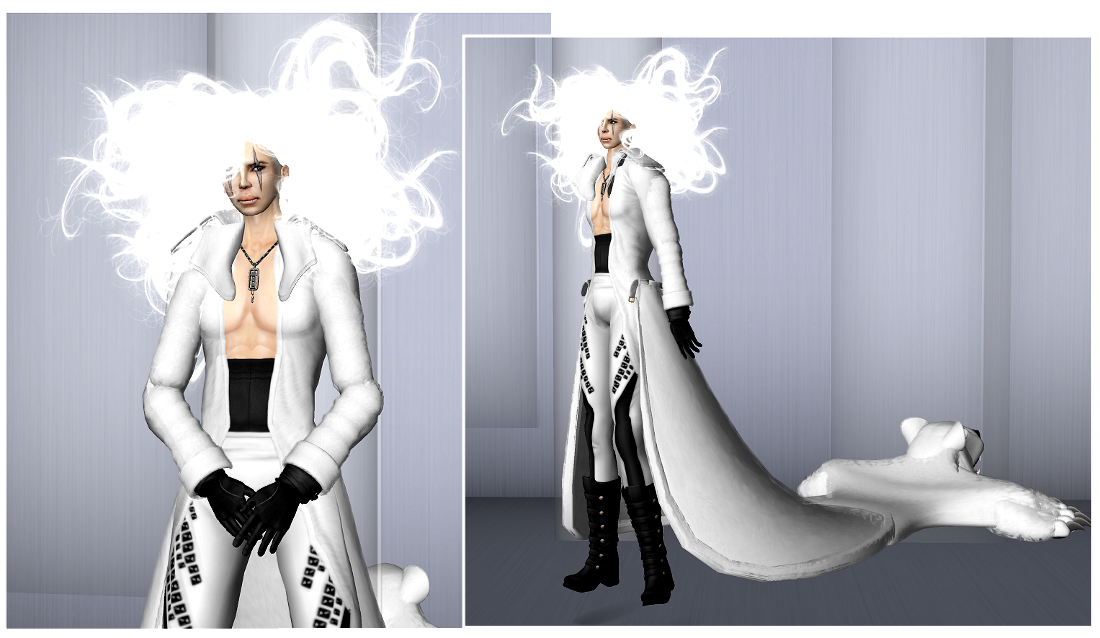 If you didn't know I was a total Lady Gaga fan by now then this is the first time you've come across my blog, and then hai, be aware of the occasional F bomb, and yes that is mostly women's clothing I'm wearing. But when Faint Paulse of Ladies Who Lunch released the Bad Romance coat for Chic Limited then I was all over it in nanoseconds. I'm upping the floof factor with the Irene hair from Boudoir, and wearing the Archelon necklace and piercings from Mandala. My make up is a custom from Miamai - sorry - but again I have on the Connor gloves, and also wearing the top from her Hine leggings as my belt. Pants are the Noxious Leggings from Osakki and it's all finished off with the Strapped Boots from my new boot obsession store, *LightStar*


And of course this is being posted just a few hours after Gaga released her video for "Born This Way." If you don't hear from me for a while don't worry; I'll just be camping on Faint's doorstep whining at her for shoulder implants and a full body skeleton tattoo.
Posted by Winter Jefferson at 9:49 AM 1 comment: