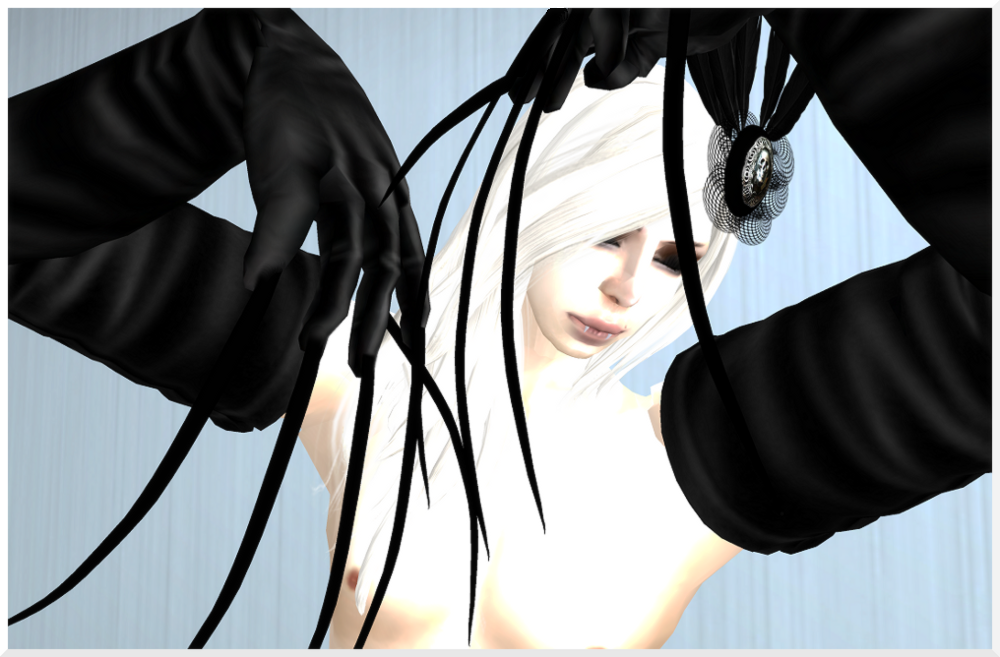 Early in November I stumbled across pics of the new super super androgynous aussie model Andrej Pejic and plurked them, and quite a few of the ladies on my plurkline - Grazia espesh, MWAH - insisted that it looked as if Winter had escaped from SL. I wasn't so sure myself until last week when I found the new Mascarade skin release, Raphael. I own a few of their skins but this one was an instant fatpack fave. This is the homme line, there's also a femme line with the exact same makeups named Chou which Elusyve blogged here. (She's having major issues with the fact that I'm prettier than her, but you'd think she's be used to it by now, AMIRITE?) I was inspired to attempt my own Pejic style editorial shoot. And by editorial I mean "My attempts at artistic lighting in absence of photoshop." Feel free to be a bit disturbed.

From Miamai - Myda Fingernails, Hine Leggings and a really low slung Marquise Corset, and I'm hoping Monica doesn't beat me up too badly for what I did to it.
From Mascarade - Raphael Skin in Night
From *Lightstar - Leather Gloves Black Long and Thigh High Pirate Boots
From Lamb - Heart hair in Milk
From MysTique Salon - Basic Black Unisex Lashes Tattoo Layer
From .:XX:. Millinery - Silver Skull Fascinator. This store is only available on the Marketplace and you need to check it out, everything is 10l or less but only for a few more days.
From Hermony - Eyes in Moon.
From .HoD. - Digital Spinal Piercing in Silver Lining
Posted by Winter Jefferson at 8:54 PM 7 comments: 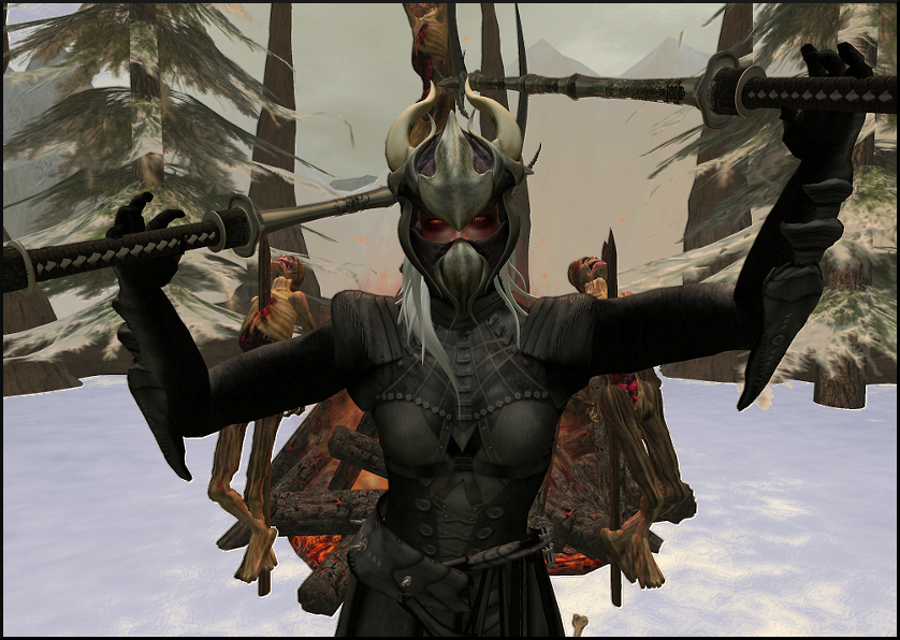 This is Khalon Helmet; the new work of wonder by MissAllSunday Lemon of Wasabi Pills of whom I am an unabashed fan. Thinking about it - there is no abash in my vocabulary really... probably not in the dictionary either. Remind me to go look later. Anyways it comes in several different configurations of mask/no mask/helmet, and it's touch texture change for hair colour. I'm also wearing the Hellfire eyes from The Plastik, Yes Sir #4 Makeup by La Malvada Mujer, Darkened Heart by Bare Rose, and looking all pointedy with the Reaper Scythes from [T.King]

And yes, human beings were harmed in the creation of this blog.
Posted by Winter Jefferson at 11:06 PM 3 comments: